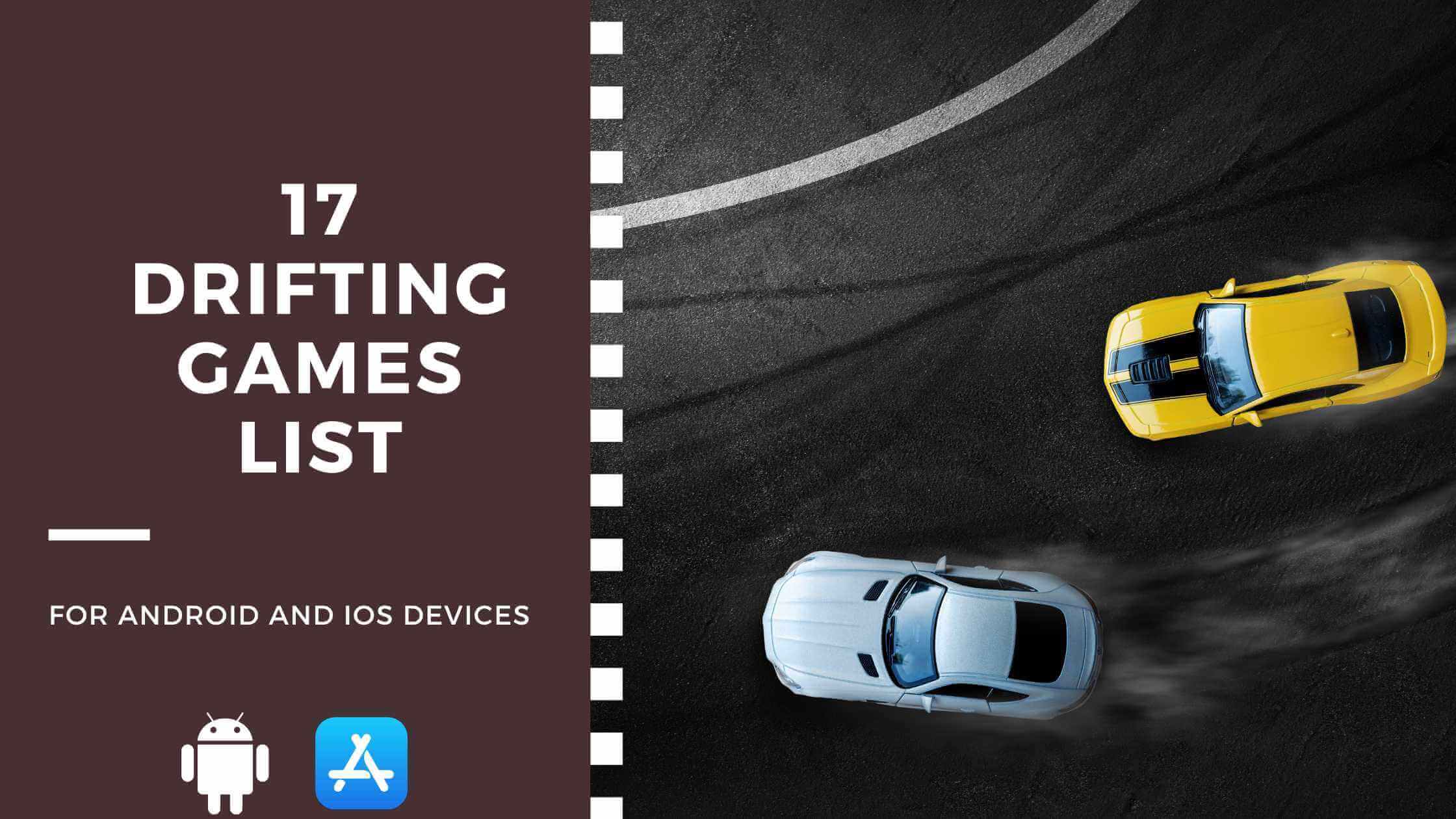 Car racing games are incredibly popular on both iOS and Android devices. Players have flocked to these games due to their addictive and fast-paced gameplay, as well as the ability to customize and upgrade their vehicles. Drift racing games, in particular, have been gaining popularity due to their focus on drifting around sharp turns and executing tight maneuvers. In this article, I’m writing about the list of best drifting car racing games for Android and iOS mobile.

Asphalt 9: Legends delivers an immersive and thrilling racing experience. The game features an innovative drift system that uses several techniques, such as drift tapping, drift chaining, and turbo start. Drifting can score high in this game. The game features over 50 cars from the world’s top manufacturers like Ferrari, Lamborghini, and Porsche. Players can customize their cars with paintings, rims, and custom decals.

Dr. Driving 2 is an exciting and addictive racing game. It features a 3D environment with detailed real-world cars and tracks. Players can also customize their cars with various upgrades and customizations. The game features a detailed physics engine, allowing for realistic drifting. The game also features realistic car physics, allowing players to experience the feeling of driving a real car. The game also offers an online multiplayer mode, allowing players to challenge their friends.

Real Drift Racing is an arcade-style racing game that focuses on drifting. Players race in a variety of cars on a variety of tracks, earning points for drifting. The game features realistic physics and controls, as well as a range of customization options for cars. The drifting performance in the game is smooth and responsive, allowing for tight corners and fast drifts.

4. Need for Speed: No Limits

Need for Speed: No Limits is an adrenaline-filled mobile racing game. It offers realistic graphics, intense car customization, and intense races. Drifting in the game is a very intense and thrilling experience. The controls are simple and responsive, allowing you to make tight turns and perfect drifts easily. The visuals and physics are realistic, creating a realistic drifting experience. The game also offers an impressive selection of cars and upgrades, making for a truly unique and exciting experience.

Drifty Race is a 3D car racing game where you can drift around corners and compete against opponents. The game features realistic physics and control. This game allows you to experience the thrill of drifting in an arcade-style game. The game’s goal is to complete each track fastest while drifting around corners and avoiding obstacles. The game also features various power-ups to help you get ahead.

Drift Mania Championship 2 is an exciting drifting game that allows players to experience the thrill of drifting in over 30 cars. The game features realistic car physics and an intuitive control system. And allowing players to pull off some truly amazing drifts. Players can also customize their cars with a wide range of upgrade options. The graphics are stunning, and the overall gameplay is smooth and satisfying.

Crazy for Speed is an action-packed racing game where you can drift your way to the finish line. You can drive various cars, unlock tracks, and compete in championships to become the fastest driver. The drifting performance of this game is quite good, as you can drift your car easily and accurately. You can also customize your car to improve its performance and make it even more competitive.

CarX Drift Racing is a realistic racing game that provides an immersive experience of drifting. The game allows players to experience realistic physics and realistic car handling. It also has a massive selection of cars and tracks, as well as a variety of customization options. The game also has an online multiplayer mode, allowing players to compete against each other in drift races. The controls are easy to learn, and the game is highly enjoyable. It is a great choice for anyone looking for a realistic drifting experience.

Drift Ninja is an extreme drifting game where you take control of a powerful car and drift through many challenging tracks. The game offers realistic physics and handling. You need to master the art of drifting to succeed in this game. You can customize your ride to make it look and feel the way you want and hit the track to drift your way to victory. The drifting performance of this game is incredibly realistic, with smooth and intuitive controls.

Fastlane: Road to Revenge is an intense car-racing action game. It features a variety of fast-paced tracks, intense battles, and an array of weapons and upgrades. The game allows players to drift their vehicles for an extra speed boost. The drifting system is very easy and provides an exhilarating experience. The game provides a thrilling ride with a variety of tracks and weapons.

Dr. Parking 4 is a 3D car-parking simulator game developed by SUD Inc. This game allows players to experience challenging and realistic parking scenarios in an interactive and fun manner. Players have to use the on-screen controls to park the vehicles without crashing into obstacles or other cars. The game also features a drifting mode allowing players to perform various stunts and tricks.

Crazy Drift Car Racing is an exciting racing game that allows players to drift around tight corners and roads. The game features realistic physics and dynamic environments that make it challenging and fun. Players can race others on the same track or challenge them on a custom track. The game also offers plenty of customization options so players can make their cars look unique.

Drift Max Pro is a car drifting game developed by Tiramisu. Players can customize their vehicles, choose from various tracks and drift away. The graphics and physics of the game are realistic, and the controls are easy to learn. The drifting performance of this game is smooth and realistic. It has a good sense of speed and freedom.

Furious Racing is a fast-paced, arcade-style racing game. It features a variety of cars and tracks and allows players to customize their vehicles with a wide selection of parts. The physics of the game are realistic, and the controls are responsive. The game features a variety of game modes, including a drift mode. The drifting performance is smooth and satisfying in this game.

CSR Racing 2 is a mobile drag-racing game. Players can race against opponents in drag races, drift races, and time trials, with their performance determined by their car’s performance and the gear-shifting timing. Players can also customize their cars with different parts to enhance their drifting performance. The controls are intuitive, allowing players to master the art of drifting quickly.

Drifting games can be highly enjoyable for those who are into racing games. They offer an adrenaline rush and a challenge for players to get better at the game. People who love the thrill of racing and have an affinity for cars are particularly fond of drifting games. The topic about the list of best drifting games for mobile is helpful for you. Comment below if you feel anything needs to be corrected.