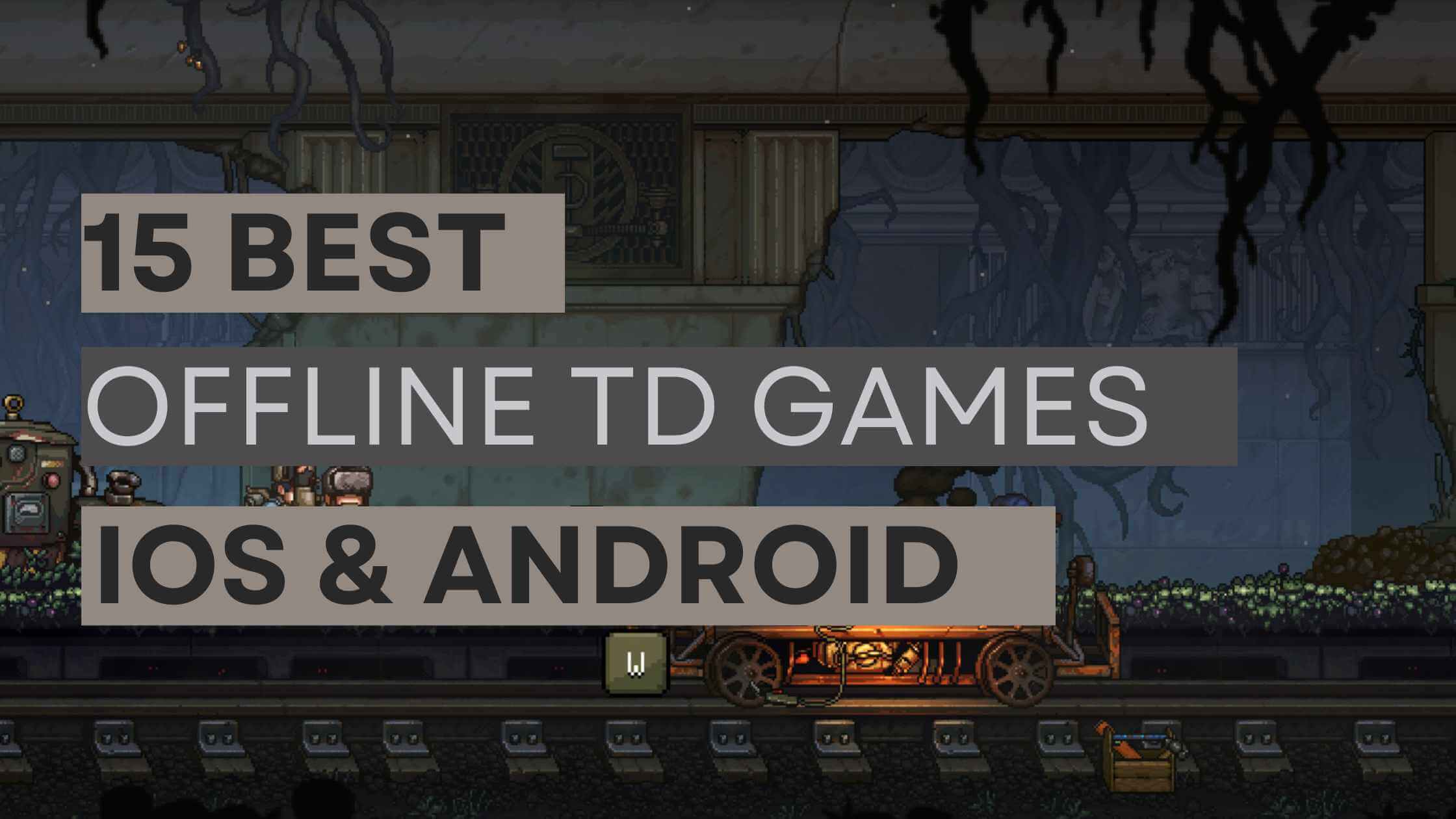 1. Kingdom Defense The War of Empires

Kingdom Defense: The War of Empires is a medieval tower defense game. Players must defeat the enemy by constructing and upgrading towers. They can also construct walls, hire heroes, and purchase upgrades to protect their kingdom from destruction by the enemy. Kingdom Defense: The War of Empires is available for Android users on the Google Play Store and iOS users on the iTunes Store.

Empire Warriors is a challenging tactical real-time strategy game. You are the commander of a group of warriors tasked with defending their territory against waves of enemies. In this game, there are two factions: the Empire and the Rebels, each with its own set of unique units. The Empire faction is stronger on defense, while the Rebels are stronger on offense.

Holy TD: Epic Tower Defense is a tower defense game. The player must prevent the enemies from reaching the end of the map by placing towers in their path. As long as the player has enough money and space, towers can be placed anywhere on the map. Towers can be gem-upgraded to deal more damage and have more health points.

Kingdom Rush is a tower defense video game that was released in 2011. Ironhide Game Studio created and published it. The player defends their kingdom from hordes of goblins, trolls, ettins, and other evil creatures in a medieval world. The player must construct towers along the path enemies take to reach their castle. They can also use magically gifted heroes to aid them in battle.

Kingdom Rush Frontiers is a defense tower game set in medieval times. Ironhide Game Studio created it, and Armor Games published it. The game begins with a tutorial level to teach you the fundamentals of the game. The tutorial teaches you how to build towers, which towers are best for which enemies, and how to use spells. After completing the tutorial, you can create your kingdom and defend it against enemies in any way you see fit. Selecting various options, you can place towers or spells anywhere on your map.

The game is a tower defense game with various levels of varying difficulty. The player in Alien Creeps TD Epic must defend their base from waves of creeps coming in from the right side of the screen. The player can strategically place towers to shoot down creeps before they reach the base. There are four types of towers: air, ground, long-range, and short-range. The player can earn money by killing creeps and using them to purchase new towers or upgrade existing ones. There is also the option to purchase power-ups to aid them in their fight against their enemies.

Hero Legends TD Realm Defense Epic Strategy Game is a turn-based strategy game with Tower Defense and RPG elements. The player must construct and upgrade towers, train troops, and explore the world map to find loot that can be used to purchase items from the shop. Towers are classified into four types: magical, melee, ranged, and defensive. The player can also equip the hero with weapons, armor, and accessories and level up the hero’s stats.

Little Commander 2 was created by the same team that created the original Little Commander. It is an open-ended strategy game that is a sequel to the first game. The game begins with a command center from which the player can construct various structures such as barracks, factories, and laboratories. In addition, the player can train troops in their barracks before dispatching them to attack enemies or defend against incoming attacks. The player must also manage their food, water, metal, and energy supplies.

Castle Defense is a strategy game in which players defend their castle by deflecting the attackers’ projectiles. Each game round ends when the projectiles have been destroyed or the player’s castle has been breached. Each player’s castle is fortified with an outer and inner wall, which archers and cannons guard. The attackers have a tower that shoots projectiles at the castle’s walls, forcing players to defend with their tower. The towers can be rotated 360 degrees on both axes with controllers or touch-based input devices.

Castle Defense 2 is a game about defending your castle against enemies. To defend against waves of enemies, you must construct towers in strategic locations and upgrade them. There are many different game modes available. There is a solo campaign, random levels, and multiplayer. For the time being, multiplayer is only available locally, but it will be available online soon. The controls are simple: tap the left side to rotate your tower right, and tap the right side to rotate your tower left. There are also buttons at the top that allow you to change your abilities, such as healing or using different weapons. The graphics in this game are very nice, with colorful pixel art. Castle Defense 2 is a free app with in-app purchases. You can play it on Android and iOS devices.

Hero Defense King is a tower defense game with a modern twist. You are the king of a castle and must protect it from waves of incoming enemies. Campaign and Survival are the available game modes. To advance in the Campaign, the player must complete various levels. Each level has its own set of goals to achieve, such as defeating all enemies or defending a certain number of buildings. Survival mode is significantly more difficult than campaign mode, and players must survive as many waves as possible without being overrun by enemies.

Toy Defense 2 TD Battles Game is an immersive strategy game with over 300 missions, three difficulty levels, and an online multiplayer mode. It would help if you defended your toy box from waves of invading toys led by the evil General Greedy in this game. Your mission is strategically placing towers and traps around the map to stop the enemy waves. After starting Toy Defense 2 TD Battles Game, the first step is to select one of the three difficulty levels. If you’re a beginner, choose the easy mode, which will give you more time between waves of enemies. If you want an ultimate challenge, try hard or expert mode, where each wave comes quicker than the last!

TD Castle Creeps Epic tower defense is a strategy and patience-testing game. There are six towers, each with its advantages and disadvantages. The gold earned from destroying creeps can also upgrade the player’s towers. The player must defend their castle from an onslaught of foes in the game set in a medieval era. The game’s goal is strategically placing towers along the enemies’ path to prevent them from reaching and destroying the castle. The player can also use the gold earned from destroying creeps to upgrade their towers, making defeating incoming waves of enemies easier.

Defender II is an improved sequel to the previous Defender game. The new game is more difficult and difficult than the original. The player must defend their bases against waves of enemies attacking in formations. The player can use various weapons to destroy the enemies before they reach the base, or they can block them with a shield. The game begins with an alien spaceship shooting at your ship from the top of the screen. The player’s objective is to destroy all of the attacking spaceships while defending their spaceship from being hit by them.

A tower defense video game called Plants vs. Zombies was created and released by PopCap Games. This is an excellent example of a tower defense game in which the player plants various plants around a house to prevent waves of zombies from approaching. This game’s goal is to keep zombies from eating your brains. You can accomplish this by planting various plants that will either slow down or kill the zombies.