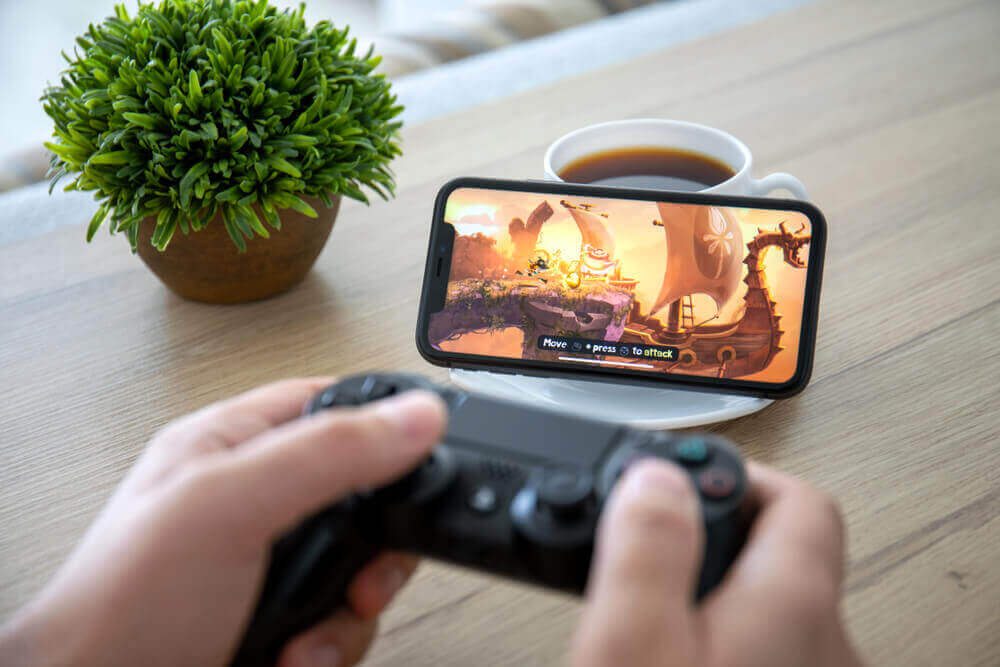 I am sure that you heard the name Gameloft before, they made many racing games in old days to now. At recent their one of the most popular racing game is Asphalt 8, playable on both android and ios. The game has almost every feature those are needed for a game player. You can play this game online or offline, in single or multiplayer mode, with gamepad or without gamepad. And the graphics and game scenario are amazing that you can jump long, and drift much. You should play this game for once to feel its excitement.

If you find more high quality graphics and realistic racing game than Asphalt 8, then you can try Rush Rally 3. I think this game features more realistic car and environment, the car maintains real time physics. You can play this game with your MFi, online or offline. The game supports both single and multiplayer modes, you can see the leaderboard in the game. However, the realistic graphics and sound, and customizable control system will surprise you.

This is a stunt driving game that was published in 2016. I think this game is not so much special. But it has every feature, you can play in single or multiplayer mode, and you can drift and race. The game developers claim that the game is very realistic. But I think it is not much realistic, it is average realistic. Again you can fully customize your car that’s why it maintains real time physics. However, the game supports gamepad, so you can start playing now.

If you find a racing game for kids then Crazy Taxi is best for you. The game has 4 types of 3d maps, these are so fantastic as the view of graphics quality. Kids will love the graphics, sound quality and racing style in this game. You can race the game with your passenger on the city roads. However, you can not drift with your classical vehicles in this game, but it supports controllers. So you can try this game. I hope you will enjoy it.

Bike Baron is a game for kids and teens, because of its theme and gaming style. The game is not realistic though its graphics are good. There are different kinds of themes and levels, it has over half million levels, also you can customize levels. The roads are very dangerous and looks like puzzle. You may need to try many times to complete a level and to get three stars. The game is only available on iPhone, iPad and iPod.

If you want a super realistic racing game for your phone or console, then GRID Autosport is ready for you. But this game is not free, you need to buy this game for 8$. Dont be freak for the price, it’s very low for the gaming experience. You will feel real when you play the game. The graphics quality can beat every free racing game. And this game will give you realistic drift, real time car damage view, and many more. Absolutely it is one of the best game for racing game lovers.

Horizon Chase is a classical arcade racing game with wonderful graphics. The game is not very realistic in its environment, but not so bad. This game is inspired by old classical racing games so that you can feel the classical vibe. That’s why they made this game pretty unreal. But you can race and drift with nitro, and its supports controller. You can see the global scoreboard which will make more fun. The important thing is that you can play only 30 levels for free.

This is a tractor simulator game, perfect game for kids. You can control the vehicle in realistic way. The graphics quality is medium, but enjoyable for the village and hill views. Kids need to drive the tractor from one place to another place, very easy game. But you will need to take fewer time as possible, then you will get much reward. The game has 8 different tractors and 30 different tracks to play. I hope the game you will enjoy.

SBK16 is one of the best bike racing game that supports MFi controller. This game is very exciting for gamers who love bike racing. The game will give you a realistic environment and track for the race. You can drift and race with other competitors. There are 24 different kinds of rider characters, 5 game modes, and outstanding maps. Everything in this game is amazing, thats why I will suggest you to play this game, specially for bike race lovers.

1. What is MFI Controller?

MFI Controller is a specialized controlling device in iOS. All iOS supported controllers can be connected wirelessly to your iOS device. This will allow you to enjoy the games on your iPhone, iPod, etc. with the help of the controller.

2. How to use MFI Controller on iPhone?

You can connect the MFI controller to your iOS device in the same way that one device connects to another device via Bluetooth.

3. Does the MFI Controller work for Fortnite?

Yes, you can play Fortnite on iOS by using PlayStation DualShock 4 controller.

PlayStation DualShock 4 controllers can be used for MFI supported games.

I don’t know how much I’ve been able to help you. I tried my best to include the best iOS games supported by MFI Controller. I have made a list of games considering their rates. If there is any mistake in making the list or giving any suggestion, you must let me know in the comments. I will also try my best to answer your question. Thanks for reading to the end.