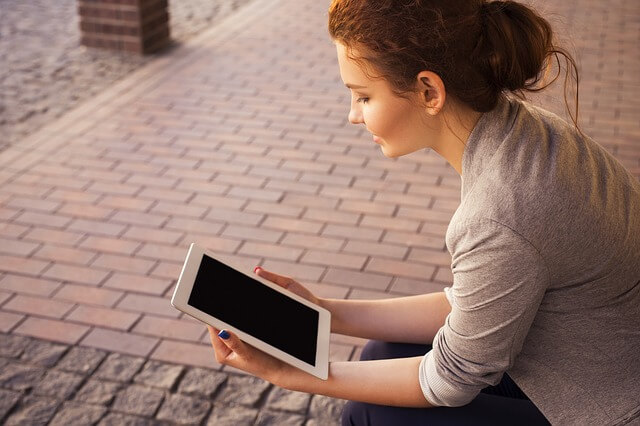 Hey, you may want to know the list of tablets with replaceable battery facilities.
Tablets are bigger than phones and smaller than laptops, also easy to use and carry. Tablets are usually used by children, older men, and people in business because they have more giant screens than a phone, so it is easy to see the display’s fonts.
In 2021, there are many kinds of tablets. They have many different features that are giving us an excellent user experience.
Most of us want to use the device for a long time. But it would be difficult if your tablet batteries were not working or immoral works.
So, we need tablets with removable batteries.
Today’s I’m writing the most popular tablets which have battery replacing facilities.

This tab’s back is made of aluminum, the front is made of glass, and the frame is made of plastic. The display length is 8 inches long, which makes 800×1280 Pixel regulations. It has a 2GHz octa-core processor. The tab has 32GB of Internal Storage and 2GB of RAM. The rear camera is not so bad, it’s 8MP, and the front camera is only 2MP. This tab has a sensor Accelerometer. It supports GSM, HSPA, and LTE technology. And the most important thing, the battery capacity is 5100mAh, not bad! However, the tablet was released on 5th July 2019.

Lenovo is one of the best companies that make many excellent devices. This tablet is used for glass and aluminum only. On the front side and the backside, both sides are made of glass. And the frame was made of aluminum. The 10.1-inch long tablet display creates 1200×1920 pixel regulation. The CPU of this tablet is also useful; it’s Octa-core 2.0 GHz, Cortex-A53. This tablet has two models; the difference is in Internal memory. One model has 16GB storage and 3GB RAM, and another one has 64GB Internal Storage and 4GB RAM. Cameras are pretty good, the front camera can capture 5MP pictures, and the rear camera is 8MP. The tablet has a front-mounted fingerprint system and accelerometer. It supports GSM, CDMA, HSPA, and LTE networks. The most important thing, the battery power is fantastic, it’s 7000mAh. It was released in July 2017.

Huawei is one of the best companies, also makes excellent tablets. This tablet’s body is made of aluminum and glass. It has a medium-sized long display, 9.6 inches long, and the resolution is 800×1280 pixels. The processor of this tablet is Quad-core 1.4 GHz, Cortex-A53. Huawei makes a different model for this tablet. 16GB Internal storage and 2GB RAM, 32GB Internal Storage, and 3GB RAM. Unfortunately, this tablet is not suitable for capturing photos. The rear camera power is 5MP, and the front camera power is only 2MP. The tab has only one sensor, its accelerometer. The battery power is pretty good; it’s 4800mAh. The tablet was released in June 2017.

The oldest and popular tablet, Toshiba Thrive, was released in 2011 July. The tablet length is 7 inches long, and the resolution is 1280×800 pixels. This tablet has three models; every model has 1GB RAM. But three model has three different internal storage type; 8GB, 16GB, 32GB. The quality of cameras is not so good, rear camera 5MP and front camera 2MP. The tab has three sensors, and these are great. These are accelerometer, gyro, and compass. The sensors are one of the main reasons to be popular among users. It doesn’t support LTE network technology. The battery capacity is only 1900mAh.

Samsung makes many gorgeous devices. They released this tab in October 2011. They make this tab with a gorilla glass front, plastic back, and plastic frame. However, the display is the same as the mobile. The display length is 5.3inch long, and the regulations are  800×1280 pixels. The CPU is not bad, dual-core 1.4 GHz, Cortex-A9. This tablet has two different models through every model with the same RAM storage, 1GB. The rear camera is 8MP, but the front camera is not good, it only 2MP.  If you want to know the air pressure, buy this tablet. Because it has some fantastic sensors; accelerometer, gyro, proximity, compass, barometer!! However, the capacity of the battery is 2500mAh.

Another Samsung tablet with a high Regulation display. It is 10.1 inches long and 2560×1600 pixels. It has a powerful CPU than another tablet, and this tab has three different models. Two models have 3G technology, and one model has LTE technology. And three model has separate internal storage. However, every model has 3GB RAM. The camera quality is the same as the previous tab. The rear camera is 8 megapixels, and the front camera is 2 megapixels. It also has some excellent sensors; accelerometer, gyro, proximity, and compass. The most exciting thing is the battery capacity is best, ts 8220mAh. Isn’t it a significant number? This tablet was released in 2013.

Dell Latitude is the best tablet for the businessman and official work. The tablet works with the windows operating system. It’s best than any other tablet. The display of this tab is 12 inches long, 1,920 x 1,280 pixels. Its processor is also super, 2.8GHz Intel Core i7-7600U. The tablet has 256GB of internal storage and 16GB. The tab has a fingerprint sensor. The battery capacity of this tablet is also great.

Samsung released this tablet in April 2019. They make this with glass and aluminum only. The 10.1-inch display and the high regulation (1200×1920 pixels) makes it different. This tablet has two models; the difference is in CPU, RAM, and internal storage. Two types of RAMs are 2GB and 3GB. The cameras are pretty good, the front camera quality is 5MP, and the rear camera quality is 8MP. It supports three types of network Technologies; GSM, HSPA, and LTE. This tab has three sensors; accelerometer, gyro, and compass. The battery capacity is pretty well. This tab has a 6150mAh powerful battery. But it doesn’t support radio.

Another dell tablet in the best replaceable tablets list. This tab is not for people in business or official work. Anyone can use it. It’s outstanding and straightforward. It has a 10.80-inch long display, and it makes high-quality regulations(1920×1080 pixels). Dell uses Intel Atom as the central processing unit in this tablet. As a simple tablet, it contains 2GB RAM and 32GB internal storage. It has an 8MP rear camera and 2MP front camera. Dell added only one sensor in it, an accelerometer. The battery capacity is 5130mAh. And it doesn’t support radio—however, it’s a medium and straightforward qualified tablet.

You can choose your tablet as you wish. I have added some features there only.

For the giant display and powerful CPU, you can buy Dell Latitude.

For the smallest display and huge sensors facilities, you can buy Samsung Galaxy Note GT-N7000.
This tablet battery is user-replaceable. You can change the battery easily without any technician.

For the best battery capacity, you can buy Samsung Galaxy Note 10.1 and Dell Latitude.

Now it’s your decision, which (tablet with replaceable battery) you want to buy? Tell us in the comment field. Thank you for reading.