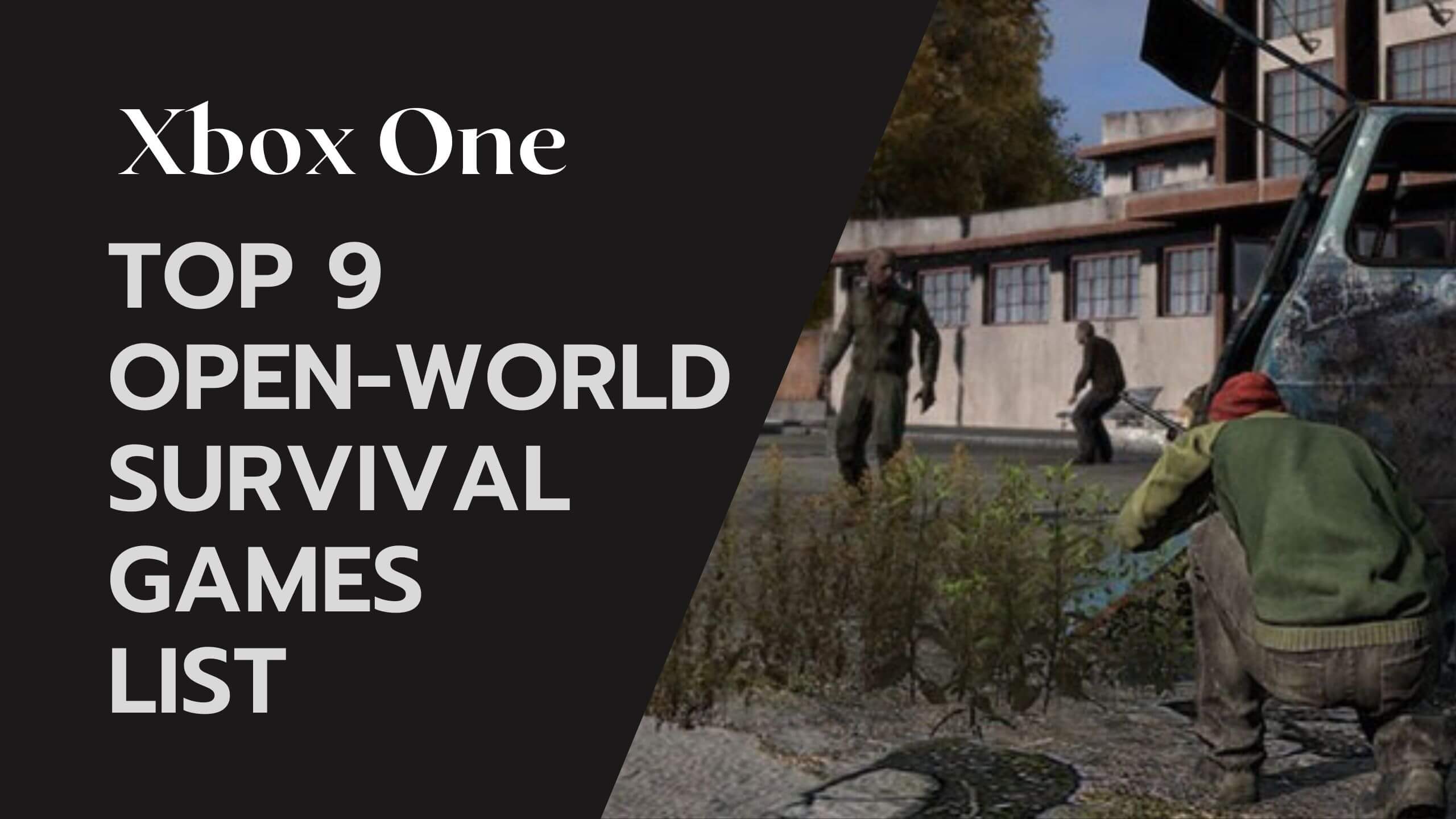 If you are finding the open world games for your Xbox One console, then read this article to get the list of the top games with descriptions and gameplay. I will also give you buying links so that you can buy the game quickly.

This game is made by the idea of our old earth when the dinosaur was alive. In the game, ARK is an island name, there are about 100 types of different animals which are real and mythical. You can see the big dinosaur, the big grasshopper, and everything those are dangerous for you or any human. You need to survive on that island by hunting, harvesting, building structure. You can create tribes or groups or villages in the game with other players. The game graphics in uncomparable, and very realistic. You can customize the game graphics and all settings. The game is available on PS4, Xbox One, Windows, and many more. If you like adventure, then you should try this game now.

Rust is an open-world game where you can fight with bow-arrow or upgraded weapons. The game has many kinds of weapons and realistic environment with many animals. There are both harmless and deadly animals, you need to fight them. You also need to fight with the opponent players. Or you can also make a clan with other opponents that will make you stronger in the game. You can make new shelter, new weapons and everything is customizable. You can customize your weapons, clothing, character, graphics and many more settings. The game randomly generated the open world map and that is endless. So play this game with endless fun and adventures.

Do you want to explore expansive open world filled with dynamic weather, wildlife, and natural hazards? So this game is for you. The game simulates icy environment, and you must control your body temperature, hunger, drinking, and other factors to survive in this survival game. You have to given some equipments like wood, fire, first aid, etc. You should use the equipments with your own intelligence to survive the game. This open world game is very realistic with its high quality graphics. I think you will love this game because of its adventurous feel.

A ship is crushed in this game and after that, you need to survive to live underwater by crafting necessary equipment and shelter. You need to collect resources and transform them into new items to survive. This is the main challenge in the game because the harmful weather and aquatic animals will try to harm you. The most important piece of equipment is scanner, it can scan any broken part to rebuild that part. You can use 3D printer in the game so that you can craft anything easily. If you want to survive in an aquatic and under water environment, then start to play this game.

This game is a zombie based game where you need to survive with zombies in dynamic and open world environment. You need to find necessary resources and kill the zombies in the game. You can create your own community with up to 12 survivors or players. There are many different types of weapons and vehicles, you need to use these perfectly to survive. You can create your own base building which would be secure from zombies. If you like zombie games, then you can play this game for once.

I think this game is perfect for kids and younger because it is not so complex game, it is a very simple 2D fun game. Anyone can play this game, but I would recommend for kids. You can create your team with maximum 6 players, and it supports online and local multiplayer mode. There are many kinds of creatures in the game those can be harmful or helpful for you. You will need to gather necessary resources to create new craft and survive in this game. You can also customize your world with character specific structures, items, and more. I hope you will enjoy the game after playing once, adventure mode is the most exciting mode that you should play.

If you want to challenge yourself with intense PvE and PvP combat in open world game, then this game is for you. The game is based on a desert at the beginning level or map. The game has 10 chapters with big map, representing our ancient earth. You will need to fight with each other, collect resources, investigate ancient ruins and discover powerful artifacts. This game features vast amount of customization options. You can customize your body size, craft shelters, weapons, and many more. Also, you can train your own mount and ride into battle, so cool. I hope you will love this game after watching the gameplay.

The game is really amazing for its realistic graphics and environment. This game has mainly oasis weather that has many dangerous challenges and also zombies. You will need to craft items, fortify your base, and build traps to fight with zombies. You can create groups with other players to increase your winning chance and adventure, maximum of 8 players can play this game in multiplayer mode or online mode. This game provides unique biomes that will be exciting for you.

This is an unscripted game, has AI behavior to create a dynamic and unpredictable gameplay experience. This game is able to make you crazy with its dynamic weather, timing systems. You can create usable items and weapons from scavenged components. The game has vast amount of weapons and equipment those will give you the realistic feel. You can also fully customize your character as doctor, warrior, and many more. The game features cooperative and competitive gaming modes, maximum 60 players can play on every server.

There are many games in our present world, I have just written about only few games which are the top open world and survival for Xbox One. In our list, every game is exciting for its superb gaming performance, storyline and graphics. But I will be happy if you tell me which game is best from our list, please write comment below.