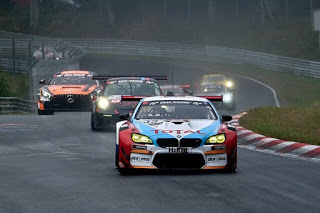 By the way, I’m writing about the 10 best android car racing games with controller support (gamepad support) in 2021.

According to the number of total players, this is the number one car racing game. Hill Climb Racing has two versions. You can try two of them. Though, the old version is more popular than the newest one. In these games, you can play with many cars and tractors in the challenging hilly roads.
Total Download: 9M+
Released on: 2012
Reviews: 4.4 ✪
Watch Demo

Gameloft made many games that hit many times and gamers like their game too much. Because of high-quality sound and realistic modes. In this game, Gameloft added over 200 cars and motorcycles for the players. And about 50 types of different roads makes the game more awesome.
Downloads: 9M
Released: August 2013
Reviews: 4.5 ✪
Watch Demo

This game has two versions, the oldest version hits more popularity. The game has six different modes and many kinds of racing trucks. The creator of this game makes it for every ages player. The 3D imaginative racing tracks should be interesting for you. You can play this game with up to four friends on android TV and tv-connected phone or tablet.
Downloads: 1M+
Released: September 2014
Reviews: 4.5 ✪
Watch Demo

Asphalt 9 is another game of Gameloft. This game is pretty different. It’s not only a racing game but it also an action game. I’m sure that, you would say after playing the game, “how cool is this game!”. Amazingly, you can play with up to seven of your friends in online multiplayer mode.
Downloads: 1M+
Released: July 2018
Reviews: 4.6 ✪
Watch Demo

Another attractive rally racing game by Gameloft. This game is pretty different from the past one. The game has five modes, 300 events, 1100 challenges, and over 50+ monster racing machines. You can customize everything as you want. This game also supports up to 8 players to play the game.
Downloads: 648K+
Released: October 2016
Reviews: 4.5 ✪
Watch Demo

Assoluto Racing is special for grif racing and drifting. It’s another game of cool realistic mode with real Physics. The game gives the high customization feature for your dream cars in the game. You can collect cars from Toyota, Nissan, BMW, and a much more famous company. It supports multiplayer mode.
Downloads: 116K+
Released: June 2016
Reviews: 4.2 ✪
Watch Demo

Crazy Taxi Classic is a fun race game for the children. I think, younger players love this game much. The time-based gameplay makes the game more furious. The game has ১6 mini-games with enjoyable sounds. This game is compatible with HID controllers. Start to play the game and climb up in the leaderboard.
Downloads: 84K+
Released: 2017
Reviews: 4.4 ✪
Watch Demo

Riptide GP gives the hydro jet featured dream car for the dream racing feelings with your gamepad. You can play with up to 4 friends focally (not online), it required a gamepad controller. And you can play with up to 8 players in online multiplayer mode. The game is more awesome when it gives us water racing ability. It’s an android racing game with keyboard support.
Downloads: 9K+
Released: July 2016
Reviews: 4.6 ✪
Watch Demo

I think this post helps you too much if you are crazy to play controller supported racing games.

Can I hope to get your helpful review of this post? Then write a comment, thanks to me, or suggest anything you want.